In LEEP we conduct our own research and support others at the University of Arizona and elsewhere with their research. Below are some of the projects on which we have worked. 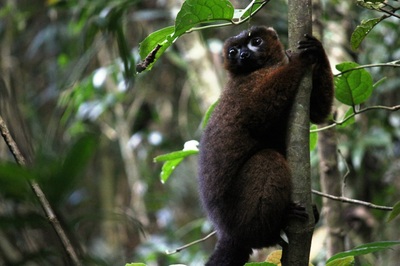 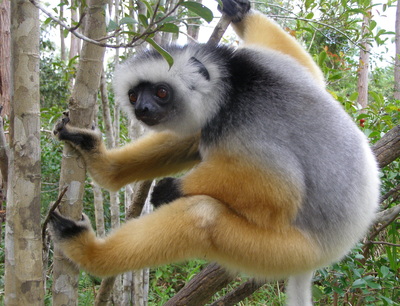 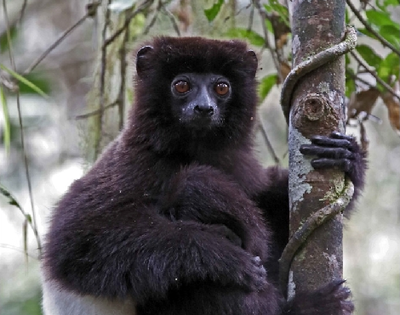 Lemurs are some of the most endangered species in the world due to habitat fragmentation and deforestation. Examining stress and coping responses via cortisol may provide information as to how individuals strategically deal with change. In combination with phenological data from fragmented and continuous forests, behavioral data, and health assessments, we are measuring cortisol and thyroid hormone in Eulemur rubriventer and Propithecus edwardsi in Ranomafana National Park, and Propithecus diadema in Tsinjoarivo. This work is in collaboration with M. Irwin, J. Jernvall, and P. Wright, and has been supported by the National Geographic Society, National Science Foundation, American Association of University Women, PEO Foundation, Primate Conservation, Inc., Conservation International Primate Action Fund, American Society of Primatologists, and the University of Texas-Austin.

We are working with two groups at UArizona to study hormones in new mothers. With Dr. Alicia Allen in the College of Medicine, and Lela Williams in the School of Social Work at Arizona State University, we are working on the ORCHID study (Observing Relationships between Caregiving and Hormones after Infant Delivery). We will investigate the hormonal response to infant caregiving to develop a novel strategy that could help break the opioid relapse cycle during the postpartum period. The second project is a new collaboration with Dr. Aleeca Bell in the College of Nursing, on mother-infant synchrony among women with childhood adversity. In LEEP we will analyze oxytocin and a set of steroid hormones in new mothers and their infants. Both studies are supported by the National Institutes of Health.

UArizona Graduate student Gita Gnanadesikan has been working with us and Dr. Evan MacLean to develop rigorous methods to measure oxytocin in plasma, urine, and saliva in a variety of species. She has begun to publish this work, which you can read here!

In collaboration with Dr. Evan MacLean at UArizona, we are measuring oxytocin, cortisol, and arginine vasopressin levels in children and dogs to learn more about the psychological and health benefits of dog-child interactions. This work is funded by the WALTHAM foundation and the National Institutes of Health.

Maternal Styles in a Population of Working Dogs

In a study led by Drs. Emily Bray and Evan MacLean, graduate student Gita Gnanadesikan and lab tech Erica Cook are analyzing fecal cortisol, plasma oxyotcin, and plasma vasopressin levels in dogs. This study will assess how a dam's maternal style and the amounts of care she provides affects each puppy's behavior, cognition, hormonal profile, and eventual success in assistance dog training programs. This work is in partnership with Canine Companions. You can see some of their work here.

Males and females undergo changes in early life that lead to sex-differentiated behaviors. Ring-tailed lemurs (Lemur catta) have a noted and well-documented behavioral sex divergence at maturity. Stephanie Meredith and Teague O'Mara were the first researchers to come to LEEP! They investigated whether changes in estradiol and androgens are associated with these ontogenetic behavioral changes in males and females. This work was supported by the National Science Foundation.

We helped researchers in the UA College of Public Health at the University of Arizona in a pilot study aimed at uncovering some of the correlates between American Indian communities and chronic disease. This work in collaboration with  the Tucson Indian Center tested the feasibility of using salivary cortisol to examine whether high risk communities adopted toxic, non-adaptive coping strategies.
Powered by